4 levels, 59 m, 250 stair steps take you above the historical center of Oradea!

One of the most important tourist sites of Oradea is its City Hall Tower. It is part of the administrative building, which was built based on the plans of architect Rimanóczy Kálmán, Jr. between 1902 and 1903 in the neoclassical style and stretches across 5,508 m2.

From above, the building resembles the letter “U” with an open side. The edifice is most immediately remarkable due to its monumentality. It features a ground floor and two upper floors, with access on each side. The façade oriented towards Crişul Repede (the Rapid Criş) has a tower that features a clock at its highest level.

The building has three interior courtyards. The decorative emphasis is, first of all, on the neoclassical main façade, especially the central section.

4 levels, 59 m, 250 stair steps take you above the historical center of Oradea!

The tower is almost 50 m high and features 4 main levels, three of which are panoramic.

Level I houses the mechanism of the clock – named “the mother clock.”

Level III, which is 40.25 m high, has several gigantic functional hammers fitted on the bulwark of the balcony, which strike three times every 15 minutes.

Level IV offers the possibility to closely observe the buildings in the central area of the city with the aid of a telescope. 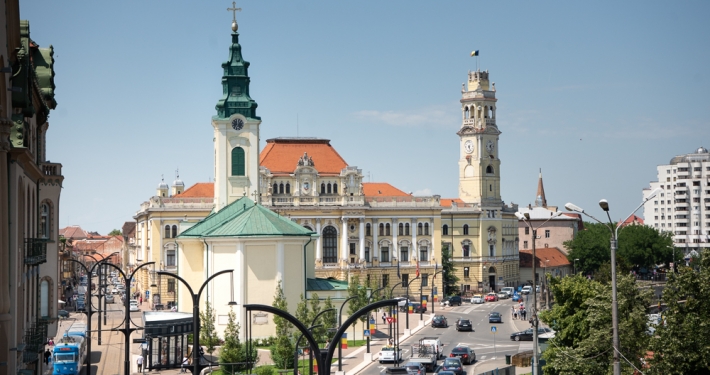 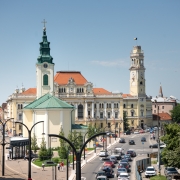 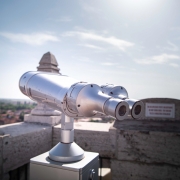 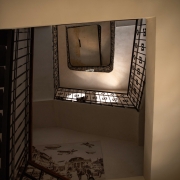 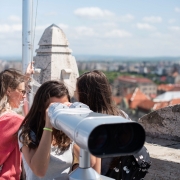